Help needed to hunt for Orion over the Peak District 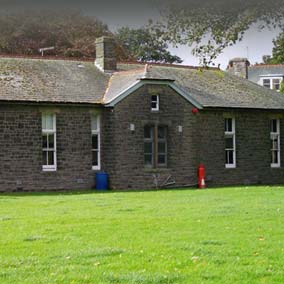 People are being asked to help monitor the impact of light pollution as they scour the heavens for Orion the hunter over the Peak District.

The aim is to scout out the best, darkest locations for star-gazing in the Peak District National Park and its surrounding areas.

The Peak District Dark Skies Group is asking people to go outside after 8pm on a clear night between February 16 and 23 to spot the constellation of Orion, with its distinctive “belt” of three bright stars in a line, with a smaller three-star “sword” below.

When they identify Orion, they will be asked to compare it with a series of star charts of varying brightness and decide which one most closely matches what they see.

People will then be asked to log their location, time and date, and send in their findings to the website www.peakdistrict.gov.uk/darkskies where they will find full instructions and downloadable star charts.

Light pollution is artificial light – street-lights, floodlights, security lights in towns and cities – which spoils our view of the stars, interrupts our sleep, and wastes vast amounts of energy.

The Peak District, with its uninhabited uplands and deep valleys in the centre of the country is one of the more accessible places to find a dark, star-studded sky. Surprise View, near Hathersage, was recently identified as a Dark Sky Discovery Site on BBC2’s Stargazing LIVE programme.

Peak District Dark Skies Group spokesman John Tanner said: “Our stargazing events have proved immensely popular over the past year, and we’d be really grateful for people’s help with our ‘Orion in the Peak’ programme, which they can do on their own.

“We held a similar exercise this time last year, and more than 200 people took part from across the Peak District and surrounding areas.

“Light pollution not only affects our enjoyment of the night sky, it wastes energy and has an negative impact on the wellbeing of people and wildlife.

“Unfortunately, light pollution is increasing, so we are encouraging people to switch off unnecessary lighting and focus lights only where needed, or future generations may never experience the wonder of a truly dark night sky.”

John Tanner is a research officer for the Peak District National Park Authority and a qualified astrophysicist.