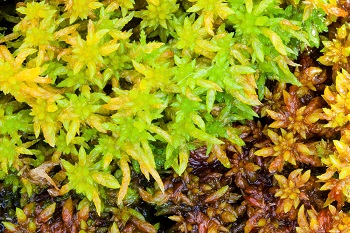 As the world recognises the vital environmental importance of peat bogs on International Bog Day (24th July), the South Pennines-based Moors for the Future Partnership will be celebrating its own bog restoration success story as its flagship project MoorLIFE 2020 comes to an end this year.

One of the UK’s largest ever EU LIFE programme-funded conservation projects, MoorLIFE 2020 has seen €16 million invested over seven years to protect and restore degraded blanket bog in the Peak District and South Pennines. Blanket bogs are large areas of peatland, usually found in upland areas, where high rainfall and cool temperatures encourage the growth of bog mosses and plants that absorb water and capture carbon from the atmosphere. Other benefits of a healthy bog include reduced flood risk to communities below peatland areas, improved water quality, increased moorland biodiversity and protection against moorland wildfires.

The peat moorlands of the Peak District and South Pennines have experienced long-term decline, due to industrial pollution and other human-related factors. Amongst other adverse effects, this has resulted in carbon being eroded from the unprotected peat and released into the atmosphere. But MoorLIFE 2020 has played a vital role in Moors for the Future Partnership’s ongoing efforts to restore this huge area of blanket bog back to health.

The ambitious scheme, principally funded by the EU LIFE Programme and additional funding from three water companies: Severn Trent, United Utilities and Yorkshire Water, has been a resounding success, bringing life back to a vast area of active blanket bog and demonstrating how healthy peatlands can make a huge difference to moorland ecology, local communities and the environment at large.

Among its many achievements, MoorLIFE 2020 has seen:

Head of Moors for the Future Partnership, Chris Dean, says: “We are very proud of the achievements made by the MoorLIFE 2020 project. The moorlands of the Peak District and South Pennines are some of the most degraded in Europe, but this project has taken a much-needed next step towards protecting these vital bogs, which are globally rarer than rainforests. As the record high temperatures in the recent heatwave has shown, protecting these areas of blanket bog is more important than ever in the face of climate change and accelerated rates of decline of nature.

“We’ve also shown that working in partnership yields world-changing results. Under the leadership of the Peak District National Park Authority, our close partnership with the Environment Agency, National Trust, South Pennines Park, RSPB, Severn Trent, United Utilities and Yorkshire Water has been the key to the success of MoorLIFE 2020. As this project draws to a close, the Partnership is carrying on the great work through new projects that continue its world-leading, evidence-based peatland conservation.”

Moors for the Future Partnership will be marking the end of MoorLIFE 2020 with the launch of Working Together, an exciting short film showcasing the important work undertaken by the Partnership and the positive impact it has achieved so far.

Working Together will premiere on International Bog Day (24th July), and will be available to view at www.moorsforthefuture.org.uk