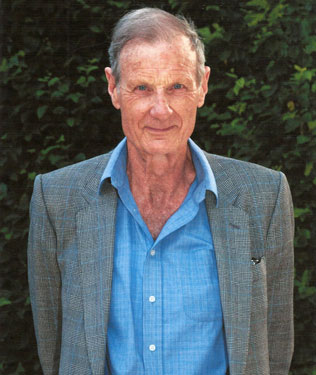 We were saddened to hear news of the death of Michael Dower, who was a former National Park Officer for the Peak District National Park.

Michael Dower joined the National Park in 1985 and led the organisation, known then as the Peak Park Joint Planning Board, until 1992.

His former colleagues remember him as an inspirational leader, with a lifelong commitment to actively protecting landscapes and finding solutions that benefited rural economies and communities.

During his time at the National Park, Michael developed close working relationships with the Chatsworth estate, the National Trust, English Nature, English Heritage and other public agencies in pursuit of the purposes set out in the National Park Management Plan.

In 1992, Michael moved to become Director-General of the Countryside Commission, the government agency responsible at the time for advice to government about policy and funding for national parks. When he retired from that job, he became Professor of European Rural Development at the University of Gloucestershire. From 2000 to 2016, he was coordinator of the PREPARE Partnership for Rural Europe, and in the latter period also Joint Coordinator of the European Rural Parliament.

Michael lived his later years in Dorset, where he was an active campaigner on climate and related issues. He died in November 2022.

More of Michael Dower's history with the National Park can be read in our recent '70 People 70 Years' section.