‘Voices From The Peak’ is at Buxton Fringe Festival 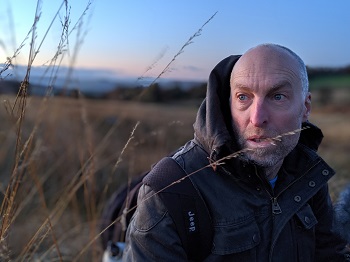 The innovative audio artwork Voices From The Peak is being broadcast as part of the Buxton Fringe (July 1 to 19).

Virtual visitors to this year’s online festival are invited to listen to the first chapter of this new soundscape, which has been made to help celebrate the upcoming 70th birthday of the Peak District National Park next April.

Billed as a 20 minute audio odyssey, titled Burning Drake, the soundscape draws on the mysterious elements underground that have shaped not just the Peak District’s landscape and geology but also its people. Listeners will hear people’s voices, poetry, music and sounds.

Poet and recording artist Mark Gwynne Jones, says that he had the idea for a long time, "As a youth I remember listening intently to a skylark and realising just how varied their song is. But sometimes it’s the sounds of more mundane things, like the squeal of gate that suddenly strikes you as quite musical or otherworldly. When coupled with people’s stories it’s like listening to the landscape talking. And that’s what we wanted to bring out in this new soundscape. The words and sounds we have brought together evoke the atmospheres, wildlife and stories of this strange and beautiful land of contrasts."

Mark made his recordings in the months before the recent Coronavirus restrictions. He spoke to miners, farmers, archaeologists and recorded sounds in tunnels and old mines as well as sleeping out under the trees to catch the dawn chorus.

Voices From The Peak has been funded by the Arts Council and supported by the Peak District National Park Authority.

Tom Marshall, Peak District National Park head of communications, said: "With some of us still understandably restricted in our ability to be immersed in the Peak District in the ways we’re so often used to, Mark’s recordings take on an added resonance as they allow us to continue hearing the National Park we know and love, from our homes."

People can listen for free by clicking/touching the Voices From The Peak entry in the Spoken Word section of the Buxton Fringe website.

More information about the project is available on our Voices From The Peak webpage.

You can read more about Mark Gwynne Jones and how the Peak District National Park has shaped his personal outlook and inspired his work in the latest edition of ParkLife.

The next chapter of Voices From The Peak – ‘Snow’ – is scheduled to be released in November.

Anyone wishing to be kept informed about the release of further chapters can email Alison Riley at alison.riley@peakdistrict.gov.uk.