Voices from the Peak

What is Voices from the Peak?

Poet and recording artist Mark Gwynne Jones has created a series of audio artworks to celebrate the 70th anniversary of the Peak District National Park (April 17, 2021).

All three audio chapters of this poetic soundscape can be downloaded from the links below. The work will also be presented at events yet to be announced.

"This is a work of rare quality as timeless as its subject. I’ve spent decades producing radio dramas and documentaries and my indisposition to what I hear currently is now - overturned. Bravo!" - John Tams

Voices from the Peak is supported by the Arts Council England; the Peak District National Park Authority; and Derbyshire County Council.

Voices from the Peak: a journey through the Peak District in word and sound - featuring the atmospheres, wildlife and stories of this strange and beautiful land of contrasts. Headphones recommended!

Chapter 1 - Burning Drake (MP3 file, 18.7MB) The story of forces underground that have shaped not just the landscape but also its people. Including the story of lead, how miners tracked and found lead through ancient methods such as plant lore and dowsing, and occasionally by spectacular means such as a 'Burning Drake' or shooting star.

Chapter 2 - Snow! (MP3 file, 16.6MB) Will our memories and stories of big winters in the Peak District be the stuff of folklore for our grandchildren? Or are we due some heavy snowfalls? Join us for a magical, Peakland journey through the white stuff and beyond!

Also, to accompany this chapter... rarely seen yet wonderful images of Peakland winters and the voices and stories of those who lived through them. Photos courtesy of Picture the Past.

Chapter 3 - Kinder Scout (MP3 file, 116MB) An evocative re-telling of our creation story, from the world's first water powered cotton spinning mill, to the Kinder Trespass, the creation of the UK's first National Park, and the now vital battle to heal the moorlands.

If you would like to be informed about Voices from the Peak and when future performances take place, please email: alison.riley@peakdistrict.gov.uk. We will keep your email securely and will only use it for the purposes of letting you know about the Voices From The Peak project. You can unsubscribe at any time by emailing alison.riley@peakdistrict.gov.uk. If you would like to know more about how we look after your information, please view our privacy notice. 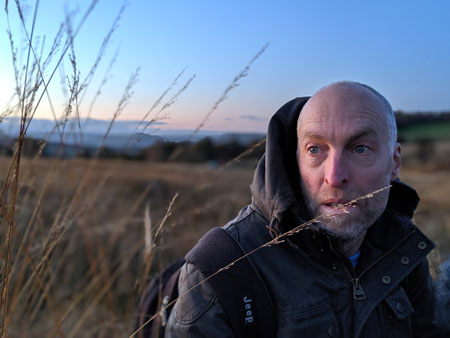