The Dark Peak is a sparsely settled area of gritstone uplands lying at the southern end of the Pennine Hills. The area comprises an extensive upland plateau with steep gritstone slopes, sometimes with rocky edges, that drop away to lower lying slopes, wooded cloughs and deep valleys, some of which have been flooded to create large reservoirs. It contrasts sharply with the adjoining limestone uplands of the White Peak and is named on account of the dark hues created in the landscape by the peat moors and exposed gritstone. The transition to adjacent landscape character areas such as the Dark Peak Eastern or Yorkshire Fringe, and Western Fringe landscapes is gradual; these are landscapes of similar character but tend to be lower lying, more settled and more intensively managed than the Dark Peak with enclosed farmland and wooded slopes rather than open moorland predominating.

The Eastern Moors to the south-east of the Dark Peak are similar to it in character but lower lying with less deep peat creating a landscape that has been more obviously modified by people than the Dark Peak generally has.  Edges are a characteristic of this area, mostly running along the north-south axis of the Moor’s western edge. This is an elevated landscape that drops away to the Derwent Valley to the west, the Derbyshire Peak Fringe to the south and the Yorkshire Peak Fringe to the east. The Eastern Moors provides a number of vantage points over the city of Sheffield in the lower lying eastern landscape.

The Dark Peak contains the largest area of designated (protected) sites in the Peak District, including:

Habitats and species of importance

The Dark Peak is characterised by its expanses of blanket bog, upland heathland, ancient clough woodland of oak and birch, smaller areas of wet woodland, upland flushes, fens and swamps, with scattered hay meadows on the fringes. These habitats support species such as red grouse, mountain hare, curlew, twite and ring ouzel. 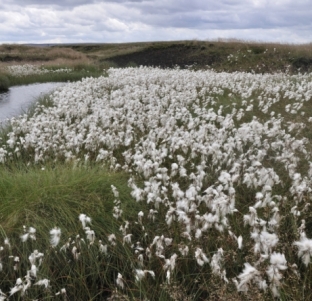 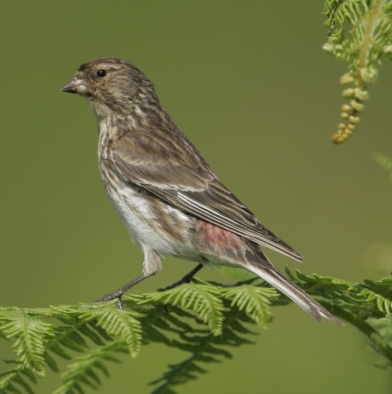 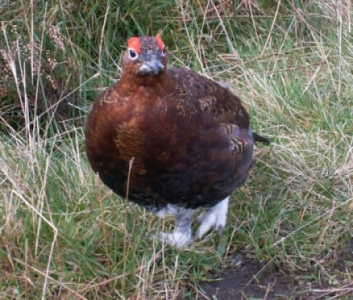