The following are a selection of the characteristic or threatened species found in the various grasslands of the Peak District. 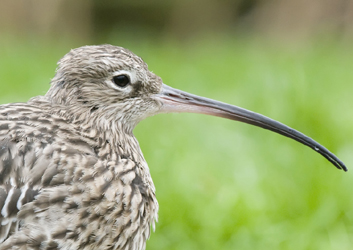 The return of the curlew with its bubbling melancholy call heralds the start of spring in the Peak District. Curlew breed in most open habitats in the Peak District, including moorland and upland pasture, but numbers have declined significantly. A mosaic of tall tussocky vegetation with shorter grassy areas, together with wetter places for foraging provides an ideal habitat mix. Low grazing levels and limited or no use of fertilisers also helps to provide appropriate conditions for these large wading birds. Feeding by probing their long curved bill into damp soil, curlews are vulnerable to the likely soil-drying effects of climate change. 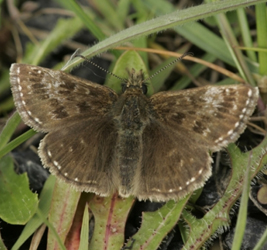 This small brown and grey butterfly is extremely well-camouflaged and may be confused with some moth species. It occurs in a range of open sunny habitats, particularly calcareous grasslands, where its food-plants common bird’s-foot trefoil, horseshoe vetch and greater bird’s-foot trefoil grow. 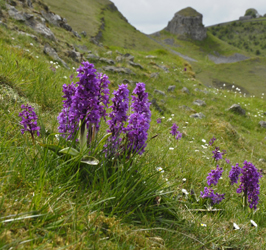 One of our earliest flowering orchids, the early purple has up to 50 purple flowers arranged in a dense cone-shape on a tall spike up to 50 cm high. The leaves are glossy and dark green with characteristic dark spots. Flowering around the same time as cowslips, these two plants together put on a lovely early display in the limestone dales. 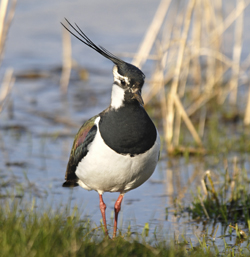 The lapwing is the bird perhaps most associated with upland hill farming in the Peak District, nesting in a variety of habitats from arable fields, to burnt heather, hay meadows and in-bye pasture. Lapwing populations have suffered severe declines, notably in the South West Peak, but habitat and predator management have helped to increase breeding success in target areas.