The following are a selection of characteristic or threatened species associated with wetlands and aquatic habitats in the Peak District. 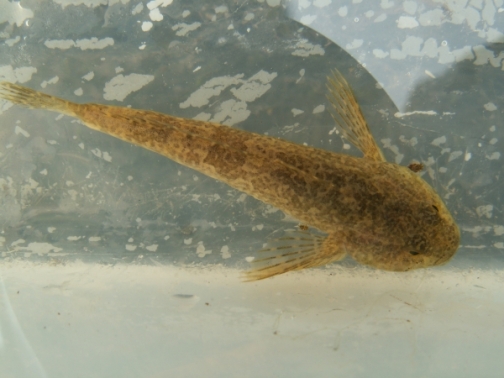 Scientific Name: Cottus gobio
Distribution: Widespread
Conservation Status: Listed in the EC Habitats Directive
Where to see: In shallow fast-flowing pebbly rivers and streams
When to see: All year round

A small distinctive-looking fish which inhabits a variety of rivers and streams, favouring fast-flowing clear shallow water with a gravelly or pebbly substrate.  The bullhead only lives for 3-4 years and feeds on species such as freshwater shrimps, mayfly nymphs and caddis larvae.  The bullhead is one of the qualifying features for the designation of the Peak District Dales as a Special Area of Conservation (a strictly protected site designated under the European Habitats Directive). 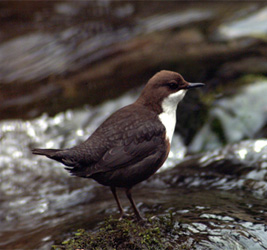 Scientific Name: Cinclus cinclus
Distribution: Widespread in suitable habitat
Conservation Status: No conservation designation
Where to see: Clean rivers such as the River Lathkill
When to see: All year round

A charismatic and characteristic species of the Peak District’s clear fast-flowing rivers, dippers can be seen in whirring low flight.  Feeding predominantly underwater, they eat invertebrates and small fish, picking them from the river bed. 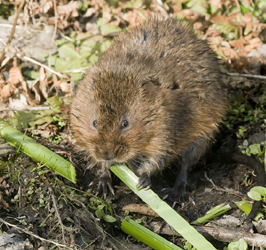 Once Britain’s fastest declining mammal, the water vole has a foothold in the Peak District.  Found in rivers and streams, this small mammal can be mistaken for a rat, however, the water vole has rounder features and short ears.  Listen out for a distinctive ‘plop’ when walking beside rivers, it could be a water vole entering the water and paddling towards its burrow.  Under threat from non-native American mink, lots of conservation action is helping to keep this charismatic species going. 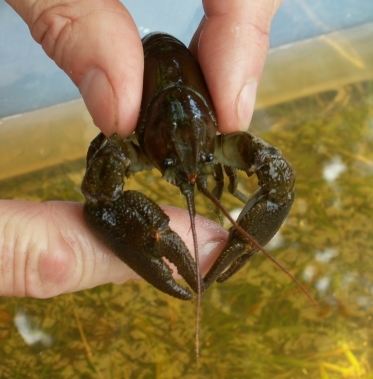 A species of global conservation concern and protected by legislation, the white-clawed crayfish is our largest freshwater invertebrate.  Previously found throughout the Peak District in calcium-rich rivers and streams, this creature is now rare due to the threat caused by the invasive non-native Signal crayfish and crayfish plague.