From blockbuster Hollywood movies to popular TV series, documentaries, commercials and educational programmes, the Peak District has proved a popular destination for film makers for decades.

Here are just some of the films and TV programmes that have used Peak District locations. 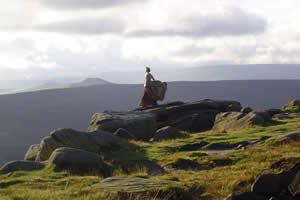 A recent romantic blockbuster of Pride & Prejudice - starring Keira Knightley as Elizabeth Bennet and Matthew Macfadyen as Darcy - featured one of the classic shots of the Peak District National Park, the stunning moorlands of the Dark Peak and the wild gritstone crags of Stanage Edge. 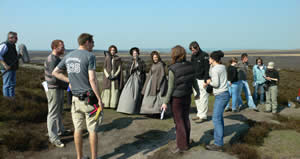 Starring Cate Blanchett made in 1998.

A classic 1954 black and white film which tells the story of local Ripley man, Barnes Wallis, the famous bouncing bomb inventor. The Derwent Dam and Howden Dam, found in the Dark Peak of the National Park, were used to practise the low level flying required for the raids.

A favourite ITV series for many, this production used spectacular landscape shots the National Park and filmed in several villages including Crich, Ashover and Longnor.

The Other Boleyn Girl

An adaptation of Philippa Gregory’s novel, starring Scarlett Johansson and Natalie Portman. Made in 2007.

And When Did You Last See Your Father? 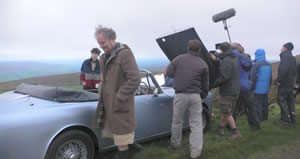 Blake Morrison’s memoir, starring Oscar-winning Jim Broadbent as Blake Morrison’s father. Filmed near Burbage Bridge in a scene from the 1960s with Matthew Beard playing the young Morrison. Made in 2007.