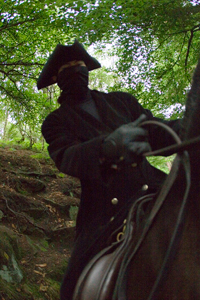 The Black Harry Trails are a series of routes suitable for horse-riding and mountain-biking in the Longstone Edge area in the heart of the Peak District National Park. There are 10 routes which cover nearly 20km. The routes are accessible from the surrounding villages and Bakewell and the Monsal Trail.

New signs help identify who can use the routes and the gates are easy to open. Gradients can be steep, however, and some surfaces are loose. The lower section of the Coombs Dale concession bridleway is an easy access surfaced route suitable for wheelchairs and with some benches. There are also many footpaths and open access land for walkers, in addition to these routes.

Many of the routes converge on the junction of Black Harry Gate. The old gate is still there although Black Harry Farm was demolished to make way for the Blakedon Hollow lagoon constructed in the 1970's to deal with the waste from fluorspar processing.

Nearby is Black Harry Lane, one of a series of packhorse ways used from the early Middle Ages until the mid nineteenth century to transport goods across the Peak District. In the early eighteenth century, travellers crossing the lonely moors over Longstone Edge were attacked and robbed by a highwayman who took the name of Black Harry. He was eventually caught, and was hung and then gibbeted at Wardlow Mires. It is said that 'Derbyshire vultures' from Ravensdale picked his bones clean.

Its aims are to:

The project works relating to three grant-aided routes were completed in March 2011. The works included a new concession bridleway, repairs to surfacing, and better gates and signs. Further works were also possible in the wider area because of additional financial contributions and volunteer working parties with Peak Park Conservation Volunteers. The total cost of the project was £20,000 with over 100 volunteer days spent in the area. Project updates can be found here.

The project has recognised the need to balance the promotion and improvement of the area for cycles, horses and pedestrians with better management of recreational motor vehicles. In 2010, Derbyshire County Council confirmed the legal status of some of the routes in the area and improved signage and off-site information ensures that motor vehicle users are made aware of their legal rights of way. Illegal use is being monitored and reported to the police. For more information about the management of recreational motor vehicles on unsurfaced routes in the Peak District National Park please visit www.peakdistrict.gov.uk/vehicles. 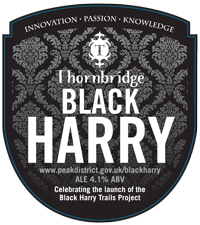 The Black Harry beer from Thornbridge Brewery promotes the trails. This is a dark and fruity ale. Look out for it in the local area.

Wind your way up remote limestone dales and criss-cross the ridge with its far-reaching views. Enjoy its landscape, history and wildlife. Try to spot rare butterflies, birds and plants. See how the geology has affected its use, shown by the past and present mines and quarries. Follow in the footsteps of others who have lived and worked in this area and call in at the many villages which surround this special place. 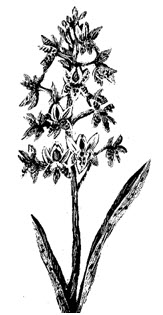 Longstone Moor is unique. It is a hybrid landscape of heather on limestone where acidic and lime-loving plants co-exist. It is the largest area of limestone heath in the Peak District on one of the highest areas of the White Peak.

The windswept heather, bilberry, grasses and herbs typical of acid grasslands are intermixed with limestone grassland and plants, such as leadwort and mountain pansy, that can tolerate soils rich in heavy metals from abandoned lead workings. The internationally important great crested newts use the peaty ponds for breeding. Watch out also for ravens and buzzards and other birds of prey flying the thermals.

Coombs Dale is a steep sided dry valley cut into the limestone. The vegetation is different on the north and south facing slopes. There are many rare and local plants including orchids, limestone fern and woolly thistle in the grasslands and bloody cranesbill in amongst the scrub. A light, open woodland dominated by hazel and ash is also developing which will complement Coombs Wood with its veteran trees at the bottom of the dale. The dale is also particularly valuable for insects including the dark green fritillary, ginger skipper and brown argus butterflies.

Water is very important in this area and this is celebrated at the villages with the custom of well-dressing.  There are several springs which flow down Coombs Dale in the winter and at times of heavy rainfall.

The rocks beneath you

The Black Harry Trails are in an area of limestone that was deposited approximately 330 million years ago on the floor of a shallow, tropical sea when Britain was situated very close to equator. The environment may have looked very like the Bahamas, with shallow lagoons and coral reefs separated by deeper-water channels. The remains of the shells and skeletons of the creatures and plants which formed the limestone can be seen today as fossils.

Later deep fractures in the earth's crust allowed magma to reach the land surface in the form of volcanic eruptions. Some of the lava flows from the volcanoes lie underneath the limestone plateau all the way from Eyam Edge to Longstone Edge, including beneath Black Harry Lane.

Towards the end of the Carboniferous Period, continental collision re-opened old fractures and created new ones in the limestone. These became filled with minerals deposited from hot fluids that escaped from deeper in the earth's crust. Several such mineral veins containing lead and fluorspar cross the Middleton and Longstone Moors.

People in the landscape 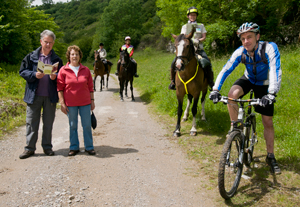 Longstone Edge may be more recently known for its mineral working but in fact it has taken place here for many centuries. Historical rights to mine for lead are covered by the ancient Barmote Courts which still exist today.

Evidence of lead mining can be seen by the mineral hillocks and the beehive mine shafts. Some of the paths in the area have names linked to the mineral veins such as High Rake and Deep Rake. Other mineral veins have more exotic names such as Brandy Bottle and Strawberry Lees.

The modern day fluorspar industry is based at Cavendish Mill. Extensive opencast workings have taken place along Longstone Edge. Sallet Hole Mine, up Coombs Dale, links in with the underground workings at the other end of Longstone Edge. The mine was closed in 1995. There used to be a sweet shop for the miners but this was closed some time before that.

Darlton Quarry off Middleton Dale used to be several smaller limestone quarries. At the top of Black Harry Lane is the Stoney Middleton Parish lime kiln.

There is also earlier evidence of man, literally so, in a prehistoric burial mound on top of the Edge.  Remains of an early defensive earthwork, which used to separate the land of two ancient tribes, is found further to the east. Stone and bronze age artefacts and roman coins have also been discovered in the area.