Andrew grew up in south London but from a young age family holidays were spent all over Britain, including the Peak District, and as a teenager he took up long distance trail-walking. After finishing education, he worked in publishing in London before moving to Derbyshire with his young family to concentrate on his work as a freelance writer and journalist. By then he had published his first two books, covering the Land's End to John o'Groats walk (1994) and the first ever guide to walking around the coast of England and Wales. Over twenty more books have followed, latterly including the Peak District Boundary Walk, Roman Britain and the Pennine Way – which Andrew walked to celebrate both his fiftieth birthday and that of the famous national trail, which starts in Edale. He also writes for a range of magazines and newspapers, including local titles such as Derbyshire Life and Reflections. 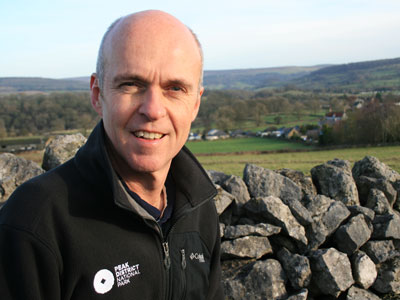 An interesting fact is that Andrew has set foot in every pub in the Peak District National Park as part of his "research" into his book on the social history of local pubs and inns (Peak District Pubs, Gritstone Publishing 2020). He is a Director of Gritstone Publishing, which is Britain’s first publishing co-operative run by authors for authors, specialising in outdoors and countryside titles. And, he is a supporter of AFC Wimbledon and (when possible) watches his team’s away matches at lower league club grounds all over northern England.

Andrew believes that successful national parks are underpinned by vibrant local communities and a positive relationship with the people that work and farm there. He has been a Youlgrave parish councillor for twenty years, as well as editing his village's monthly newsletter called the Bugle. He has been a school governor and supporter of the village film club, wildlife garden, Girl Guiding unit and Community Land Trust. Andrew has also worked locally for the Youth Hostel Association YHA and Bakewell & Eyam Community Transport.

He says: "I have always found the national park a truly inspirational place and I love exploring the landscape on foot, whether high up on the remote moors or wandering the limestone dales surrounding my village. But as someone deeply immersed in my community I'm also acutely aware that the Peak District is an environment where people live and work - and it's vital that we at the National Park Authority understand this and we do all we can to support them. I've actively campaigned to both save and promote our local shops and services, as well as championed the provision of affordable homes so that our young people and families can continue to live amongst us and keep our communities vibrant and healthy.

"For me, though, the most profound and long-term challenge to this national park is perhaps also the hardest for many of us to grasp. Climate change has the potential to alter the very appearance of the national park, as well as affect everything from farming practices through to wildlife distribution and visitor patterns. We need to address this now, but not by telling people what to do in a top-down way but by enabling our residents and educating our visitors to adopt more sustainable ways of going about their lives - from responsible tourism to far-sighted land management and a more positive attitude to appropriately scaled and sited renewable energy development that respects its surroundings. The national park is quite rightly a special place for millions of visitors, but for it to remain so it has to foster a healthy, well-supported and appreciated local community." 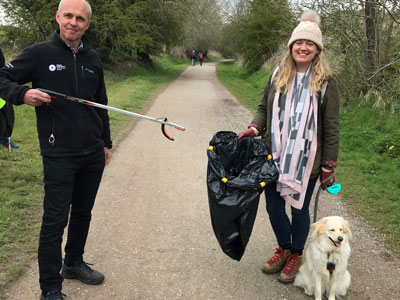 In 2019, as an active member of the community and with a deep understanding of national park, rural and environmental challenges and opportunities, Andrew was welcomed onto the Peak District National Park Foundation board as a trustee - the Foundation is a registered charity working to raise funds to care for the Peak District National Park and make it more inclusive.

In June 2021, Andrew became Chair of National Parks England, the association that represents all ten English National Park Authorities. This is the first time a Peak District National Park Chair has held that role.

You can read more of Andrew’s thoughts in his article in the current edition of ParkLife.