"My passion for National Parks is based on the very purposes of National Parks, and especially that people from all walks of life should have access to them and enjoy them. This enjoyment can be walking on Kinder or having tea and cakes in a village café, when we're able to. One person told me they could see Kinder from their office window in Stockport, and that keeps them going until the weekend. As a volunteer ranger I am still involved in helping people to enjoy the Peak District and I enjoy the stimulation of still working in a team with many much younger than myself!"

John felt that through his work he had contributed for so long that he could put his experience to good use at a national level with Campaign for National Parks and at a local level as a volunteer ranger. In 2003, when he trained as a ranger, there were 22 on the course - only two lived in the Peak District, twenty lived in surrounding cities which highlighted the significance of the National Park to urban communities. For at least one of those people, attending the course and becoming a ranger transformed their life, leading them to retrain and change jobs.

John is motivated to help people to get out into the National Park and, before the pandemic, regularly supported the walking group of adults with learning difficulties from Goldings House, Matlock. John says that walking with them has been of mutual enjoyment. "The COVID-19 crisis has helped to emphasise the importance of National Parks as places to restore emotional, physical and spiritual health and well being." 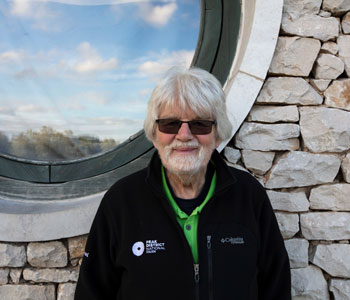 1974-78 Exmoor National Park director of planning. Exmoor was designated for its coastline and moorland. At that time, ploughing moorland was very damaging.

1978-2002 Peak District National Park director of planning, leading a team and advising members on all aspects of planning, public transport, conservation areas etc. Some big mineral battles were won, which set the base for much tighter control. Great work done on housing for local people.

2002 Following the Foot and Mouth disease outbreak, whilst still working John volunteered and enjoyed helping on the Trails. He retired later in 2002 and trained and qualified as a PD volunteer ranger.