As a professional athlete, Becky Lyne travelled the globe, learning about fitness, health and nutrition from some of the world’s leading experts.

Today, the former 800m runner shares her knowledge with others, from her base in the Peak District village of Baslow.

Drawing on lessons learned through the highs and lows of her 10-year international athletics career, Becky runs her own company, TrYumph in Life CIC, helping others to lead healthy lives. Launched in 2014, it runs family sports and fitness classes, holiday camps for school children and corporate and school wellness programmes.

Sheffield-born Becky came to prominence as a professional athlete in 2006 when she took the 800m bronze medal in the European Championships in Gothenburg, Sweden. 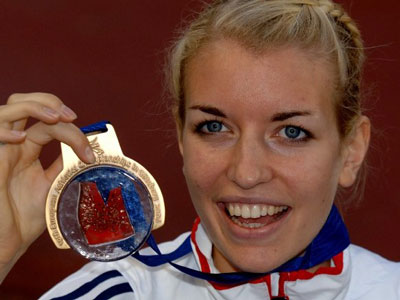 She became the third fastest British female over the distance behind Kelly Holmes and Kirsty Wade and, at the age of 24, was sixth in global rankings in her event. She was named Britain’s Female Athlete of the Year 2006.

It was during this time that her life took another significant turn, when her mum moved to Baslow.

"Growing up, I always liked to be active," she says. "I did a bit of rock climbing in the Peak District and would go on bike rides with friends.

"When I was a professional athlete, I was based in Loughborough but, in the off season, I’d spend time in Baslow. And when I retired from athletics, the beauty of the Peak District brought me back. I’ve always been drawn to the countryside."

Becky had dreamed of competing in the 2008 Olympics in Beijing and London 2012 but successive injuries dashed her ambitions.

She retired from athletics in 2012 and worked as a personal trainer at Chatsworth Health and Fitness Club before launching her own business, TrYumph In Life, based at Baslow Sports Field.

"As an athlete, I had access to the best coaches, therapists, nutritionists, psychologists,” she says. “I came to realise that health is a many-faceted thing, encompassing not just the physical realm but equally - if not more so - the nutritional and mental spheres.

"Health and fitness is such a conundrum in our society. I want to give people the confidence to exercise and eat healthily and clear up confusion about what they should and shouldn’t do.

"I believe the best place to start is in the physical realm. You feel far more motivated to eat healthily if you’ve done exercise. It gives you a massive sense of empowerment and that motivates you even more.

"I’m not perfect - I’d often rather stay on the sofa than go out to exercise but afterwards I’m always so glad I made the effort. It helps your health in so many ways. The mental benefits from sport are tangible. You can prove scientifically what happens to the brain when you exercise."

Becky believes the Peak District offers some of the greatest opportunities and incentives for exercise.

"It lends itself so much to health and fitness," she says. "I’m learning things all the time about the Peak District, even though I've lived here for eight years. During lockdowns, I felt so privileged to have all this available on my doorstep.

"There’s so much research out there showing that literally being out in nature has a biochemical effect on the body, reducing stress hormones and making you feel better - without having to do anything other than just going out for a walk.

"A lady in one of my fitness classes introduced me to forest bathing. I read a book on it and now try most mornings to have a walk and just be among trees. Studies have shown that chemicals - called phytoncides - released by trees can reduce stress hormones and blood pressure as well as boost the immune system.

"You don’t have to go far - we have a small woodland trail in Baslow which is perfect." 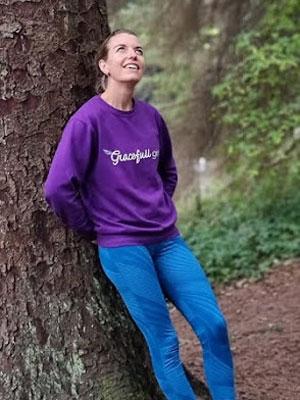 She adds: "I hold a running session at Longshaw, which I love. The views there are so lovely. I also recently discovered the wonderful trails around Barbrook reservoir." 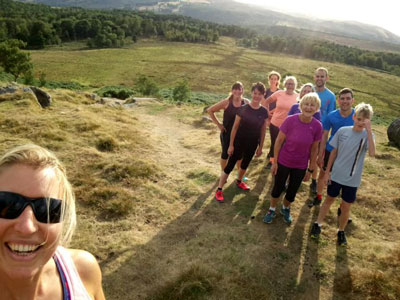 She explains: "They have developed software for me that allows me to do online technique analyses. Another element is Gracefull Girls, an online wellbeing and mentoring programme, designed for up and coming athletes."

One of Becky's most cherished legacies from her athletics career is her ongoing association with Kenya, including a number of twinnings she established between British and Kenyan schools. She is an ambassador for Shoe4Africa, a charity which helps vulnerable women and children.

She also supports a hospital in Eldoret, Kenya, which uses sport and creative activities to rehabilitate children who have experienced physical and emotional trauma. After each holiday camp she sends them a video with instructions for how to replicate their activities, as well as posting out resources to enable them to do so.