From an early age, Sheffield-born Dr David Clarke developed a love of the Peak District from family excursions to beauty spots such as Burbage Brook and Castleton.

He says: "I just remember fantastic landscapes. As a young child, I was into dinosaurs and my best friend and I would look for fossils among the rocks at Winnats Pass.

"My interest in the supernatural was sparked when I was 13, through Arthur C. Clarke’s Mysterious World TV series on unexplained phenomena. I started collecting stories myself - in the Peak District and elsewhere."

David went on to study archaeology at the University of Sheffield and his interest in oral history led him to complete a PhD in British Folklore at the university’s National Centre for English Cultural Tradition and Language. 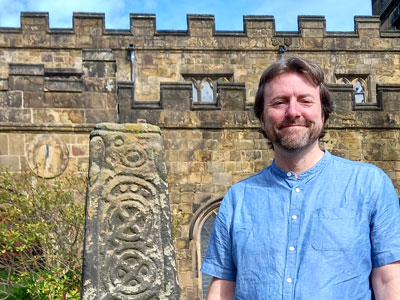 His fieldwork on Celtic-style stone sculpture in the Peak District sparked his ongoing interest in folk beliefs and traditions. Today he is busy collecting examples of ritual protective marks (popularly known as ‘witch marks’) that have been identified in many medieval buildings, such as Haddon Hall.

During the 1990s, David worked as a journalist for the Sheffield Star and today he continues his freelance writing and broadcasting as a folklore expert.

His books, Ghosts and Legends of the Peak District (Jarrold 1991) and Supernatural Peak District (Robert Hale 2000), included traditional folk tales such as the Gabriel Hounds and Dickie of Tunstead and first-hand accounts of extraordinary experiences from Peakland folk.

He explains: "During university fieldtrips, I’d talk a lot to local people. They’d share stories and traditions with me and I began collecting and writing about them, which has carried on throughout my career.

"Working as a journalist brought opportunities to learn more about unexplained phenomena. My favourites include the ‘ghost planes’ that are said to haunt the Dark Peak.  A man walking his dog near Hope reported a World War Two Lancaster bomber that appeared suddenly - and silently. His dog was scared. He was scared. When the Sheffield Star published the story, it opened the floodgates. People wrote in with similar experiences and I investigated.

"Of course, it’s complicated by people’s memories of actual Lancasters flying over the Peak District, especially on key anniversaries of the 1943 Dambusters raids. Real plane crashes, such as the B-29 Superfortress near Bleaklow, also add to the mystique.

"The Lancaster story has become a modern legend. Some plane stories can be explained as real aircraft while others remain a mystery." 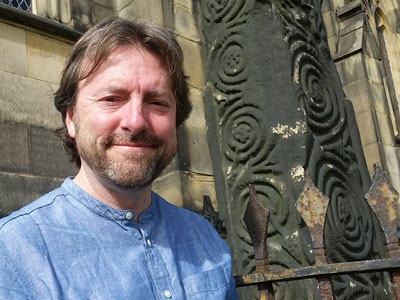 He adds: "The Peak District is rich in ghost stories and legends. For example, people have said they remember seeing the tower of Derwent church rising from Ladybower reservoir during the heatwave of 1976 - yet the tower was demolished in 1947.

"Others have reported seeing Roman legions at Win Hill and on the road between Brough and Glossop."

David teaches journalism at Sheffield Hallam University where he is an Associate Professor in the Department of Media Arts and Communication. In 2018, he co-founded the Centre for Contemporary Legend research group in the university’s College of Science and Arts.

He says: "I am an academic folklorist and this is quite a rare thing in Higher Education. A key function of folklore is to collect and study stories but not try to categorise them as ‘true’ or ‘false’ unless there is an obvious explanation.

"This is where it becomes difficult for me also being a journalist - and the motivation to seek out the truth. Sometimes you just can't. There is still a lot to uncover in the Peak District."

Find out more about David via: