Image above: Friends and family at the dedication of the hostel at Malham in memory of John Dower in 1948. (left to right) Arthur Raistrick, Professor GM Trevelyan, Arthur Dower (John’s brother and Chairman of the YHA), Robin Dower, Pauline Dower and H Warwick. (YHA Archive).

Pauline Dower (nee Trevelyan) was the daughter of Sir Charles Trevelyan MP, campaigner for access to mountains. She trained in agriculture and was a skilled artist.

They had 3 children: Susan, Michael and Robin. Michael Dower (also to be featured in the 70 people profiles) was National Park Officer of the Peak District National Park 1985 to 1992, and Director General of the Countryside Commission 1992 to 1996.

In 1940, John Dower, while serving in the Royal Engineers, contracted tuberculosis and had to leave the Army. He joined the civil service, and in 1942 was asked to prepare a report on National Parks. By then he was too weak to drive, so Pauline drove him to visit potential national parks.

John’s Report, "National Parks in England and Wales", was published in 1945. He was then appointed to the Hobhouse Committee, whose task was to prepare the basis for legislation on National Parks. Despite his fluctuating health, he took part in some of Committee's site visits, accompanied by Pauline. He contributed to the Committee's Report, published in July 1947, which formed the basis for the Act of 1949. John died three months later, from tuberculosis. Pauline scattered his ashes on Ilkley Moor.

By then, Pauline was recognised as an expert on national parks. She joined the National Parks Commission created in 1949, and served for 16 years as member and later as Deputy Chair. She had a central role in the survey, negotiations and consultations that led to designation of the Peak District National Park in 1951. 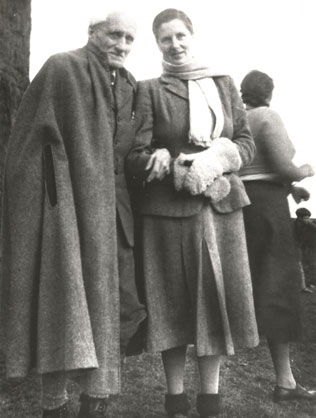 She made several visits to the Peak District National Park, including the 10th anniversary in 1961. John Foster, then Director and Planning Officer, recalled taking her, in 1966, to Edale Information Centre, the first purpose-built national park information centre in the UK. In 1976, she gave evidence at the public inquiry into the proposed Old Moor extension to Tunstead Quarry. She used watercolour sketches to show the potential impact of the proposed extension.

Pauline was a member of Northumberland National Park Committee for ten years; and YHA President 1981 to 1982, the first woman in that role. She died in 1988.