As the 2018 Saddleworth moorland fires raged, their flames edging closer and closer to her home, Lily McGuinness experienced a sudden realisation.

The blanket bog moorland she had always loved as a place to play, explore and run was vital, yet fragile - and desperately in need of restoration.

Three years on, Lily is embarking on a series of challenges - solo and with others - to raise money for peatland restoration. Her #ProjectBogSiren campaign aims to raise £1000 throughout the summer.

Lily says: "My whole life I have lived on the edge of the Peak District and spent many hours exploring it, by foot or bike, solo and with company.

"Experiencing the Saddleworth moorland fires of 2018, which burnt to within hundreds of metres of my house was an abrupt awakening to what I have taken for granted - healthy, safe moors that are not only my amazing playground for fellrunning but also a rich, vital home for blanket bog, which stores huge amounts of carbon and water.

"I want to raise money and, critically, awareness for this seriously amazing place; for its value as a recreational resource for humans but also its intrinsic value for simply existing. This is very close to my heart."

Lily is supporting the Peak District National Park Foundation and the work of Moors for The Future in restoring the South Pennine blanket bogs in this UN Decade of Ecosystem Restoration.

She was inspired to take on her fundraising challenges by both the Saddleworth moorland fires and the record-smashing rivalry last year (and again this year) of John Kelly and Damian Hall, conquering the 260-mile Pennine Way in under 60 hours.

Lily adds: "I have been fell running since I was six years old and have greatly appreciated the opportunities to explore places in a fun and challenging environment across several UK national parks. I am very proud of the Peak District bogs that I love to run through - and I want to inspire others to do similar outdoor challenges.

"My challenges will be various sports, solo and with others, and will be taking place throughout the summer. As there are three areas close to my heart across the UK – the Peak District, Snowdonia, and Bodmin Moor - I will be completing my challenges across these. I’ll post updates on my blog page, ProjectBogSiren."

Lily recently completed a degree in Geography with Forestry at Bangor University. She explains: "I have always been curious about the world and how everything interacts. Having just finished my formal education, I am trying to work out what I want my role to be in the world and I know that, whatever it is, the Peak District will be a large part of that.

"I am a big reader and am currently reading Losing Eden, which describes how our increasing disconnect, as a society, from the natural world is a leading cause in the declining physical and mental health of many people. I want to bring people and nature back together and I think the Peak District is key to reminding people of our interdependent relationship.

"I am also very keen to advocate the need for more access to the countryside and rivers, using the Peak District as one of the best examples of this because elsewhere in the UK people do not have enough access.

"As someone who was privileged enough to live on the edge of the Peak District and have an active childhood, I confidently believe that the outdoors and sport are perfectly complementary to each other. This is where I would like to work - and involve more and more people in micro-adventures."

Lily volunteered from 2012-2016 with the Dovestones Youth Rangers, completing wildlife restoration work and taking part in community engagement days, educating people on the vitality of the South Pennine/Dark Peak moorland, and its crucial role in conserving biodiversity and storing carbon. 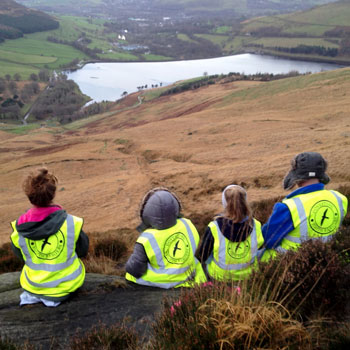 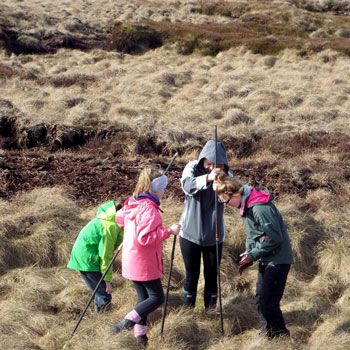 She says: "Our work was featured on Countryfile, where I spoke about how my upbringing nourished my appreciation for the natural world (despite some tantrums, when I was little, about going on yet another walk!). I was also part of the pilot programme of The Peak District National Park Youth Authority in 2014 where I had the opportunity to deliver a talk to representatives of all the UK National Parks.

"This rooted within me a deep fascination for engaging others as I was often surprised to find that adults had very little knowledge on the ecology of the land around their homes. As a result most people were missing out on how much there is to appreciate about the work of the National Park Authority.

"In 2018 I took part in a week-long conservation experience with Parc Cenedlaethol Eryri (Snowdonia National Park). This further boosted my appreciation for the work of UK National Parks in optimising our access to wild spaces whilst allowing the ecology to flourish simultaneously. In particular I now appreciate the hard work for laying just one footpath slab!"