Sean Prendergast worked for the Peak District National Park Authority from 1994 until 2013. He was appointed first as Chief Ranger, then as Head of Access and Recreation and finally as Head of Field Services. He had just been selected for the new post of Assistant Director of Enterprise and Field Services when he died tragically young at the age of 52.

Prior to working at the National Park, Sean had been the senior rights of way officer for Kirklees Council between 1992 and 1994, he was responsible for projects which enabled walkers to enjoy the countryside including the Holme Valley Stiles Project, Kirklees Eastern Riding Route, Kirkburton Adopt a Path, and various path improvements in Colne Valley.

He was a family man, immensely proud of his wife Lynn and daughter Anna, and his wider family and Oldham friends were important to him too.

In 2013, both at his funeral in Chadderton and at a memorial event in Edale, many people paid tribute to Sean, these stand as a testament to his tremendous energy and enthusiasm. 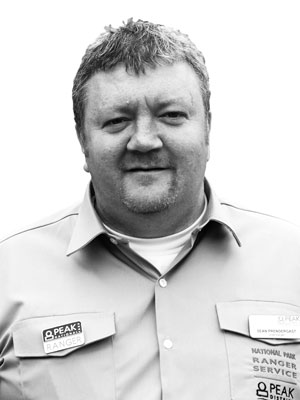 Andy Farmer, National Park ranger, said in his eulogy: "Sean brought professionalism, passion, and  a fiercely independent and razor sharp mind to the leadership of the Ranger Service. He led from the front, could be demanding, but all the time Sean had in his mind the greater good of the ranger, the Field Services and the National Park". Several people have said, "it was a great highlight of their career working with Sean."

Jim Dixon, who was Chief Executive of the National Park at the time Sean died, described him as "a man whose roots were in the city streets of Manchester and Oldham, places that he was incredibly proud of. But he did great things in the mountains of the Peak District, a landscape that he loved and where he made his mark. What makes our national park special is its close connection to the great cities that surround us. Sean was a vital part of that connection, helping us all understand the links between city and countryside and respecting the lives of the people who live in them.

"Sean had great energy, practical nous and vision. He was immensely proud of his work, his team and the things they did. He inspired them to greater things and did so by the power of his vision, enthusiasm and his exceptional abilities as a communicator. He was an accomplished platform speaker, the media’s favourite national park spokesman and charmed audiences across the UK and the World. He was totally committed to our success as an organisation and to the deepest values of national parks. He made things happen and was the powering force behind almost all the best things we’ve done as a national park in the last two decades [1994 to 2013].

"The father of national parks John Muir said that ‘the power of imagination makes us infinite’. Sean made us all imagine we could be the best and achieve the best. As he took on wider roles, leading Moors for the Future, the estates, trails and countryside maintenance teams, visitor services and cycle hire, learning and discovery and access, Sean gave his new teams the same attention and confidence that he had done with rangers. And he was about to do this for even more people in the national park in the new role he would have taken up just a week after he died.” 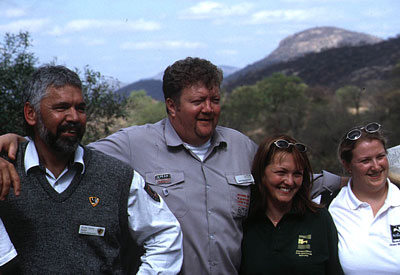 Among Sean’s achievements and notable successes were major partnerships and projects, for example:

Through his work with the many technical groups on national trails, implementing access legislation, the Countryside Recreation Network and the Countryside Management Association, Sean both contributed to the collective knowledge of these important forums and also brought that learning back to the Peak District National Park, adding further inspiration to his teams and colleagues.

John Thompson, former Director of Recreation and Education at the National Park, said: "Sean was a fantastic warm hearted man, and his death was such a huge loss to the Peak District, to National Parks, to Ranger Services across the world and the Countryside Recreation sector. Sean worked with the International Ranger Federation, presenting papers at their World Conferences, with the Countryside Recreation Network and Ranger managers from UK National Parks learning about and sharing good practice. His commitment, great leadership, humour, kindness, communication and presentation skills and care for his Team and staff were all legendary. His ability to deliver action on the ground, his love of the Peak District National Park and to ensure people could have better access to enjoy it, were outstanding."

Jo Burgon, speaking as Chairman of the Countryside Recreation Network CRNwelcomed Sean's strong support and contributions to their business and how despite his health, he helped set up a meeting in Manchester and participated with good humour, some wise words and good stories. Sean had a great ability to maintain professional friendships with CRN colleagues throughout Britain.

Kate Ashbrook - Open Spaces Society - wrote a tribute on her blog describing Sean as "totally committed to his work of making the national park a welcoming place to the public, while championing its wild qualities and inspiring countless schoolchildren and students. He had a wicked sense of humour and was a straight talker."

Sean was skilled at handling VIP visits and Peter Townsend (former Principal, Losehill Hall environmental education centre), has a photograph of Tony Blair wearing a Ranger jacket (loaned by Sean) as he strode out with Cherie onto the Losehill Hall lawn to meet press and photographers. This was in April 1997, and was his pre-election chance to demonstrate that, (if elected as the next Prime Minister), he would have 'care and concern' for the countryside, farmers and environmental education. All went well, journalists were pleased and press secretary Alistair Campbell seemed happy!

Former Head of Information at the National Park, Keith Clarkson's memories of Sean were as "a larger than life personality, with a remarkable ability to engage with people and that he was also an extraordinarily politically shrewd manager. He brought out the best in his staff and volunteers by allowing them to develop and achieve their potential, protecting them from bureaucracy. Sean was a true champion for making national parks relevant and accessible to all." He was also a great guide to good food - as Keith remembered Sean's encyclopaedic knowledge of the curry houses of Rochdale and reflected that when you walk into a restaurant and are surrounded by taxi drivers you are in for a great value and excellent curry. 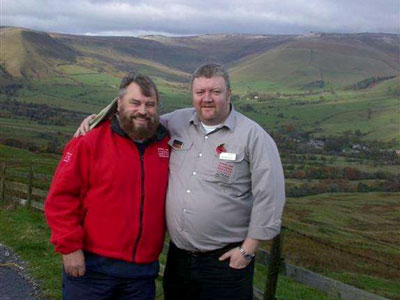 Actor Brian Blessed had met Sean a number of times during his term as president of Campaign for National Parks. He paid tribute to Sean as "a man who dedicated his wonderful short life to enhancing and developing the magical Peak District National Park... what a phenomenal, inspirational force of nature he was! Sean’s example of love, energy and vision will be a permanent legacy to all who will follow in his footsteps... he believed in people, helping and teaching them about the countryside. His attention to detail was mind-boggling! I remember once after we had ascended Black Tor, together he introduced me to numerous people who were developing small natural ponds in their back gardens. His advice and wisdom lit up their faces with happiness. We completed a glorious day exploring Kinder Scout - two happy contented lads! Explorers like Sean are of dreams made flesh and blood and what impressed me most about Sean was his humour, gentleness and overwhelming belief in the good of mankind. He radiated hope."

Sean was a tower of strength and a man of immense potential. He is much missed.