Nigel Vardy has been writing about adventure and mountaineering for over 25 years.

From his earliest memories of exploring Winnats Pass and Mam Tor to earning a place in the record books, he has always pushed himself to his limits.

He's climbed mountains in many of the world's great ranges, raced across glaciers and lived in tropical jungles; he's boiled, frozen, fallen, sunk and been reported missing in the Himalayas after major avalanches.

Nigel has completed more than 20 international mountaineering and Arctic expeditions across the world’s great ranges and has extensive jungle experience, including Central and East Africa, South America and South East Asia. He has carried out Relief Work and Engineering projects across the world.

In 2007, he became the first Briton to climb the ‘Seven Peaks - Seven Islands' challenge, summiting the highest peaks on the world’s seven largest islands.

This was an achievement made all the more incredible by the fact that, in May 1999, Nigel almost froze to death in a severe storm, high on the slopes of Mt. McKinley in Alaska. Temperatures of -60°C turned his fingers, toes and nose black with severe frostbite - and all were ultimately lost to surgery.

The experience earned him the nickname 'Mr Frostbite' as Nigel learned to walk without toes, work with battered hands and came to terms with his facial scarring. 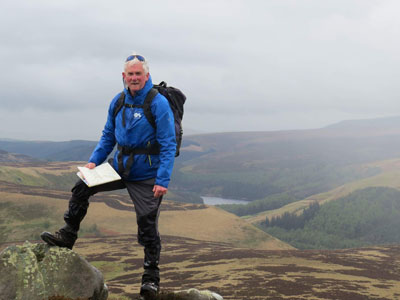 He says: "Physically, that was hard enough, but the mental scars cut much deeper and I knew of only one way to heal them. I had to climb again...

"There were no books to help, no health professionals and no experts. Close friends dragged me up a first rock face – at Harboro’ Rocks near Brassington - 16 months after my accident. My wounds stung and bled, but there was no way that I was going to stop. My heart and soul were on fire and I could do nothing but keep climbing. I moved back onto climbing ice a few months later and I've never looked back."

Despite travelling the world, Nigel's roots remain firmly in the Peak District, which both inspired his sense of adventure and helped him to heal from his injuries.

He adds: "I spent many childhood days fossil hunting in the stone walls around Bonsall Moor and I’ve walked, cycled, climbed and swum in the national park since the 1970s. 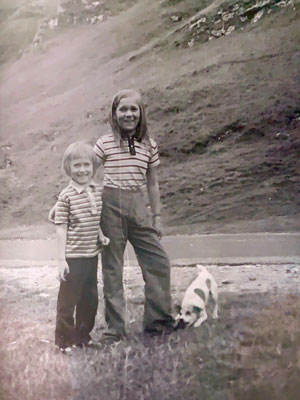 "I’ve spent many years plotting and finding aircraft wrecks in the Peak District, inspired by the books of Ron Collier.

"I spend a great deal of time in the Peaks, inspiring others about the beauty of nature and its beneficial effects to both mental and physical health.  I love taking my 1976 VW Camper off the beaten track to the more remote parts of the national park."

This year he became President of the Buxton Mountain Rescue Team. He is a Leave No Trace Trainer, a DofE Assessor and Gold Award Presenter and a Fellow of the Royal Geographical Society.

Nigel regularly speaks about his experiences to businesses and schools across the UK and Europe, has written two books and is a regular contributor to TV, radio and magazines.

He also joins a star-studded line up in the film series BecomingX, which features some of the world’s most inspiring people. Led by adventurer and BecomingX co-founder Bear Grylls, the series also includes England football manager Gareth Southgate, Olympic legend Dame Kelly Holmes, British astronaut Tim Peake, actresses Courtney Cox and Julia Roberts and tennis star Roger Federer, who share their personal insights on what it takes to succeed.

The films are part of BecomingX Education, a digital platform for schools to help students develop personal attributes such as leadership, team-working, communications skills and resilience.

Nigel says: "My film shares the harsh realities of almost freezing to death on one of the world’s highest mountains and the personal trauma resulting from frostbite and the permanent injuries it brought to me.

"It also shares my view that frostbite was the best thing that ever happened to me and that it taught me lessons about what is important in life – lessons that I want to pass on to the next generation."

Learn more about Nigel at...