John Dower was born in Ilkley, West Yorkshire in 1900. He studied architecture at Cambridge University. He became an architect and town planner in private practice.

In 1929, he married Pauline, daughter of Sir Charles Trevelyan MP, campaigner for access to mountains. Charles's brother, the historian G.M. Trevelyan, was a campaigner for protection of fine landscapes and houses all. Under their influence, John joined the campaign for National Parks. Sir Patrick Abercrombie, president of the CPRE, invited John to be Drafting Secretary of the Standing Committee on National Parks. John was active as a writer and speaker about national parks through the 1930s.

In 1937, John designed Malham Youth Hostel, now named after him, and youth hostels at Eskdale, Cumbria and Bellingham, Northumberland.

During WW2, he was a Royal Engineer officer strengthening the defences of Dover. During the bitter winter of 1939-40, he contracted tuberculosis, and had to leave the Army. After his initial recovery, he joined the civil service.

In 1942, as part of the planning for post-war Britain, he was asked to prepare a report on National Parks in England and Wales.

"National parks are not for any privileged or otherwise restricted section of the population, but for all who come to refresh their minds and spirit, and exercise their bodies in a peaceful setting of natural beauty." 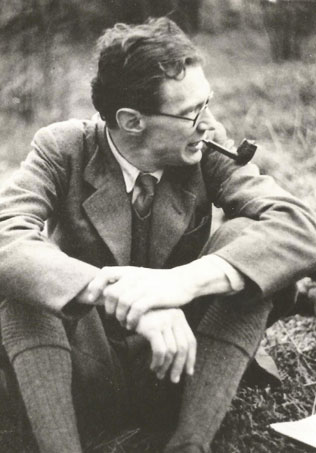 Dower's report was completed in 1943, and was published as a White Paper, 'National Parks in England and Wales', in 1945. He defined a National Park as: "An extensive area of beautiful and relatively wild country in which, for the nation’s benefit and by appropriate national decision and action, (a) the characteristic landscape beauty is strictly preserved, (b) access and facilities for public open-air enjoyment are amply provided, (c) wild-life and buildings and places of architectural and historical interest are suitably protected, while (d) established farming use is effectively maintained."

The post-war government accepted his approach, and set up a Committee under Sir Arthur Hobhouse to prepare the basis for legislation. Despite his fluctuating health, John was a leading member of the Committee, and helped to produce its report, published in July 1947, which proposed 12 national parks, laid the foundations for the National Parks and Access to the Countryside Act 1949, which created the English and Welsh National Park system.

John Dower died in October 1947, from the effects of tuberculosis. His family scattered his ashes on Ilkley Moor.

John and Pauline Dower had 3 children: Susan, Michael and Robin. Michael was National Park Officer of the Peak Park Joint Planning Board from 1985 to 1992, and Director-General of the Countryside Commission, 1992 to 1996. Robin served as on Northumberland National Park Committee and on the Countryside Commission. Profiles of Pauline and Michael Dower will be appearing in this series.