Derek’s profile is written by Penny Anderson, with thanks to different obituaries and drawn from her memories of a good friend. 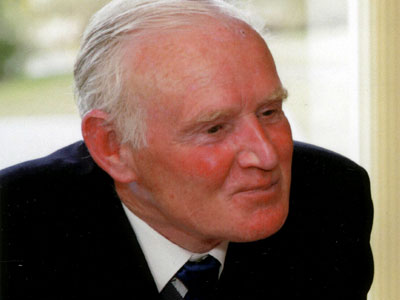 He was born in Surrey and studied for his BSc in zoology at University College London before going onto Royal Holloway College for his PhD, researching the functional morphology of the mammalian wrist.

He taught zoology at Manchester University from 1965 to his retirement in 2005.

These dry facts hide one of the most versatile and complete zoologists of his time. Combining an academic career (he was interested in the fossils of Archaeopteryx, for example) with a keen interest in field studies, he produced a constant flow of research papers. He published over 200 papers as well as a wide range of books.

Derek developed a high reputation as a teacher, enthusing many a student. Although much of his research and field studies focused on England, he did visit Ethiopia numerous times and published over 20 papers on the Ethiopian fauna, including a multi-volume checklist for Ethiopia and Eritrea. A special accolade was having three species new to science found in Ethiopia, two rodents and a frog, named after him. He maintained a strong relationship with the University in Addis Ababa until his death.

In England, Derek surveyed and researched a wide variety of mammals and birds, especially in the Peak District. He was President of the Mammal Society for 16 years and editor of Mammal Review for 22 years. He was awarded its silver medal in 1989. He contributed to the earlier editions before producing the fourth Handbook of British Mammals in 2008. He had a long history of contributing to local species recording as well. He died in 2013 just before the Mammals of Derbyshire was published, having written the preface. His paper on the Peak District wallabies was published the week after his death in British Wildlife. He wrote the History of British Mammals and was the lead author on the History of British Birds, both drawing on the many ancient remains in Peak District caves.

Derek married Pat Brayley in 1972. Pat researched the bilberry bumblebee while based at Manchester University. She accompanied and supported Derek subsequently on many of his Peak District field trips. They moved to Chapel-en-le-Frith from Manchester, where she managed a small holding with chickens and goats. She sadly died only a few years after Derek.

In 1979, Derek formed a team - with John Tallis, Dave Shimwell, John Phillips and local consultant ecologists Penny Anderson Associates - which was awarded the contract from the Peak District National Park Authority to study the causes and extent of moorland erosion on the high moors and to develop means of repairing the damaged and broken ground.

20 years and three reports later, the Moorland Management Project morphed into the Moors for the Future Project, which extended and developed this early research into the large scale that it is today.

Derek not only conducted, researched and lectured, he also enthused and shared his knowledge. He was a member of 17 zoological and natural history societies and frequently gave lectures, made contributions to radio programmes and was always available to provide support and help to anyone interested. Derek’s extensive and prolific work was deservedly recognised in 2010 by the Linnean Society awarding him its Gold Medal in Zoology.

He retired from Manchester University in 2005, continuing his local Peak District and national studies and publishing widely. He died on a short holiday to the Forest of Dean (a favourite location) where he was hoping to see his first British wild boar in 2013. Penny Anderson now has all his Peak District records and photographs.

He was a true friend to the Peak District and very knowledgeable about all things mammal, bird and many other groups, including various invertebrate groups and plants.

He searched out deer, bats, our red-necked wallabies and badgers to assess numbers and causes of changes he detected. He dissected faeces to see what local owls eat and to understand how common and pigmy shrews were separated by habitat preferences; he searched discarded bottles and other potential traps for small mammal and other animal remains; he collected dead animal bones and remains and became an expert archaeologists consulted for identifying cave ancient remains as well as using these to illustrate his student lectures.

His dog Chad helped with finding all sorts of remains – Derek even wrote a paper on what Chad had found! Papers were written on all these species – in local Natural History journals so they were accessible to a wide readership as well as the academic journals. He found new sites for some moorland plants like Labrador tea and bog bilberry (very rare and beyond its normal northern range in the Peak District) and studied invertebrates to understand better upland bird diets.

One particular interest was the effect of recreational disturbance on wildlife. Under Derek’s supervision, James Pearce-Higgins undertook a PhD into the effect of disturbance on golden plover on the Snake Pass, prior to the paving of the route at a time when paths covered a swathe over 100m wide with much bare and eroding peat. Considerable disturbance was found when the path was wide, but this reduced significantly once paved. James continues to monitor the golden plover in this area. Similar effects were tested on common sandpipers and Derek considered recreational disturbance to be one of the detrimental factors affecting red deer and red-necked wallabies amongst other species.

Not only was Derek incredibly energetic and always busy, he was a true friend to many naturalists and ecologists. Many of us will treasure many happy hours spent with him in the field. He had great charm, an infectious enthusiasm, delighted in teasing you, but always provided any support required.

He was hugely knowledgeable with a great memory for detail. He was witty but also self-deprecating. His ‘uniform’ of short sleeved white shirts (he never suffered from the cold – to visit him in his office meant keeping your hat, coat and scarf on in winter when he had the heating off and windows wide open), tie, grey flannels and open sandals (exchanged for boots when outside of course) was distinctive. His height meant you were always stumbling to keep up and failing to get over those just-too-tall fences or walls which he took in his stride.

His obituary by the Mammal Society gives an account of how Derek fell over a policeman’s legs in the dead of night whilst he was following hedgehogs in a local Manchester park (it did not relate what the policeman was doing!) and on another occasion, how he greeted some passing female students with a polite 'Evening...' from a dark bush where he was waiting for badgers to appear. These anecdotes are absolutely typical of Derek and his wonderful character. He was a true friend of the Peak District and its wildlife.

Learn more about Derek and his work: