Phil Sproson is a professional landscape, outdoor brand and destination photographer. He has lived in and around the Peak District National Park for all his adult life and is passionate about the area - both in trying to capture its beauty to inspire others and also in working to promote its protection and conservation.

As a youngster growing up in rural Staffordshire, Phil would often visit the Peak District with his family and he became inspired by the beauty of the landscapes and wildlife that he saw.

He says: "I vividly recall walking along the country lanes around Biddulph and Knypersley with my Dad early in the morning, watching the world wake up and listening to the birdsong all around.

"A little later I roamed the hills around Wetton and Longnor on expeditions with the Scouts and then tramped the moors of Kinder Scout and beyond for my Duke of Edinburgh Awards. The Peak District and its wild countryside became well and truly part of my heart." 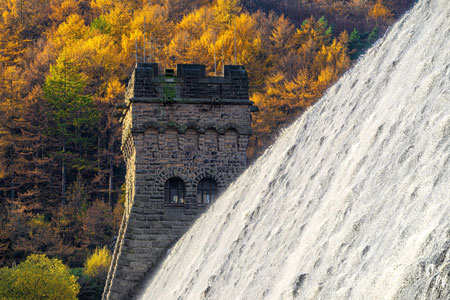 However, the need to provide for a young family saw Phil taking on a corporate role as an adult. He spent almost 20 years in a successful career with the pharmaceutical giant AstraZeneca, which kept him too busy to spend as much time in the Peak District as he would have wanted.

The untimely death of his father in 2015 changed all that - and led Phil to re-evaluate his life and priorities. He began working more and more on what had previously been a hobby - landscape photography - and in 2016 he made the life-changing decision to turn his back on the 9 to 5 routine and return to the hills.

He explains: "I set up Phil Sproson Photography and, once more, found myself enjoying the peace and beauty of the Peak District countryside, this time with a camera in my hand and a new career to focus on - pun intended!"

Phil worked hard to build up his photography business entirely from scratch. The quality of his work quickly landed him some prime commissions with national and local magazines and he became sought after as an outdoor brand and destination photographer. At the heart of everything was his love for the Peak District National Park and his passion for sharing it with others.

Not long after, in 2017, Phil co-founded Let’s Go Peak District with his friend and business partner Villager Jim, himself a renowned countryside photographer. Phil says: "The idea behind Let’s Go Peak District, then and now, was to set up an independent visitor website for the Peak District, supporting smaller businesses and providing information and inspiration for both residents and tourists to the area."

It was the perfect role for Phil, combining his photography skills and technical knowledge of website design, with his intimate knowledge of the countryside that he grew up in. 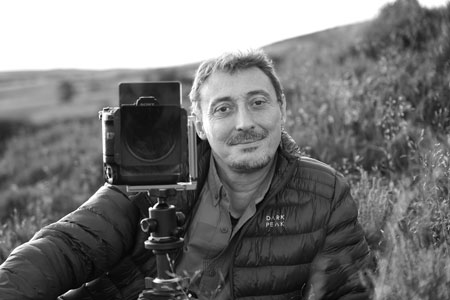 By this time Phil had built up a comprehensive library of images from across the whole Peak District, capturing not just the landscapes but also the villages and towns, as well as the daily aspects of rural life in the area. He produced a range of photography products that are now stocked in Peak District visitor centres throughout the national park, as well as in Chatsworth House and many independent local retailers. His Peak District calendar is hotly anticipated every year and sells to a band of loyal customers from all over the UK and internationally. Phil takes great pride in knowing that he is helping to promote his beloved Peak District far and wide.

Phil’s photographs have also featured in local and national publications, including The Times, Daily Mail, Derbyshire Life, The People's Friend, Trail Magazine and more. He also works regularly with BBC Countryfile Magazine to provide the photography for stories based in and around the Peak District with leading writers, and his photograph of Winnats Pass graced the cover as part of a feature on ‘A Perfect Week in the Peak District’. His work is also featured regularly on the social media accounts of Ordnance Survey, What3words, BBC Countryfile, Visit Peak District, Moors for the Future, Haddon Hall and Julia Bradbury's ‘The Outdoor Guide’.

Phil has always been driven to give back to the Peak District countryside as far as possible. From the start, he donated a generous proportion of the sales of his Peak District calendar to local charities. He is an avid supporter of the Peak District National Park Foundation, gifting photographs to their promotional campaigns and annual reports as well as giving more than 10% of the profits from his calendar sales to the charity every year. More widely, he has also contributed to initiatives by Friends of the Peak District (many of his images feature in their Boundary Walk guide), Buxton Crescent Heritage Trust, Miles without Stiles, Leave the BBQ at Home, the Hathersage Hurtle and the Thomas Theyer Foundation.

"Throughout everything, my overriding desire has been to capture images of the landscapes I love so much and to share them with others," he says. "My inspiration comes from the ever-changing moods of the hills and moors, the peace of the forests and the crystal-clear rivers and streams.

"The Peak District countryside is hugely varied, from the brooding gritstone edges of the Dark Peak to the soft sculpted slopes of the White Peak and the rugged heights of the South West Peak. It changes every day, according to the season, the weather and the light, and it never fails to captivate those who see and value its wild beauty. I feel incredibly lucky to have this magical place as my home, workplace, studio and outdoor office."