Professor Tarn was highly respected for his work in the architectural field, serving on many committees and panels of the Royal Institute of British Architects from 1968 to 1992.

In the early 1970s, he wrote ‘The Peak District National Park - Its Architecture’.

He joined the Peak Park Joint Planning Board in April 1974, and was chair of planning control committee from July 1977 to March 1997. He had a great fondness for the Peak District having a home in Stanton in Peak, and he also served as Vice-President of the Friends of the Peak District.

In 1992, he was awarded an OBE for services to architecture. 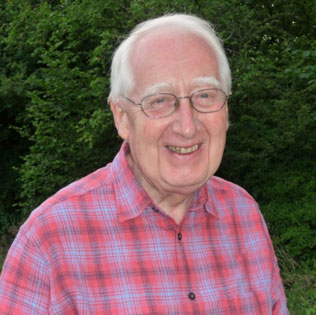 John Anfield, was the National Park’s director of planning from 1978 to 2002, so he worked ‘with’ Professor Tarn for 19 years. John said: "I use the word ‘with’ as that is how he worked. John was a real gentleman and always treated the National Park staff as professionals to be listened to, and to challenge.

"John was unique as a Planning Chairman – and that was the title in those days! First, he was a distinguished Professor of Architecture and well known nationally. He brought skill and experience of planning, architecture, and especially the history of buildings.

"Secondly, he was a very good chairman who knew how to read what a committee wanted. He controlled the meetings, but members, officers and the public felt involved and listened to. Planning meetings can be very tense as important decisions are taken which have major effects on lives and activities. John knew when to introduce humour into a debate to change the atmosphere.

"Thirdly, during his time the Peak District National Park had to make hotly contested decisions on major mineral applications. These were very important for the quarry companies who were prepared to invest millions of pounds over many years, and for the local people who worked in the quarries or in support such as lorry driving. But they were also potentially very damaging to the National Park landscape so were opposed by the Campaign for National Parks, and many others. These applications were for major extensions to quarries such as Eldon Hill and Ballidon-Eldon was refused and Ballidon approved. At some Planning Committees groups of quarry workers attended  in full working kit, which really highlighted the significance of the decisions.

"Fourthly, John steered through the major applications which were known as the Bakewell Project. These were for the rebuilding of the agricultural market which is now the Agricultural Business centre, and the subsequent rebuilding of much of the central area of Bakewell. The scheme received a National Planning Award in 1999 from the Royal Town Planning Institute. The citation stated that ‘Teamwork and professional planning skills have combined to make a model for the regeneration of a small market town’.

"After ‘Prof. Tarn’ retired to Stanton, he must have had a great sense of achievement in his contribution to conserving the Peak District yet still making it a vibrant place to live and visit."