For Si Homfray, the Peak District means many things.

Despite experiencing some of the world’s most challenging and fascinating terrain, it is also the place he will always call home.

Si's love of the Peak District has been channelled into his quality homeware and giftware business, Park Designs, which now also reflects aspects of other national parks. 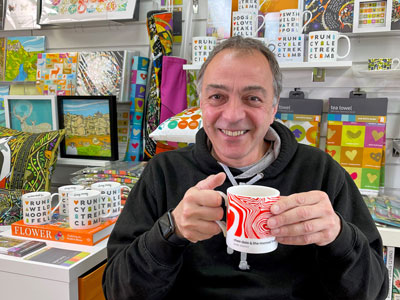 He says: "My designs have been inspired by a lifetime of exploring the National Park and are made with a love for the Peak District. They are a celebration of the flora and fauna, the moorland, the crags and the wild open landscapes that make this national park a unique treasure."

A keen mountaineer, runner and mountain biker, Si has run - solo and unsupported - most of the original long distance footpaths in the UK including the Pennine Way, Coast to Coast and West Highland Way.

He has climbed on six continents, including several continental highest summits.

He's sailed the Atlantic, raced motorcycles and ran the 3,500 miles from Sheffield to central Turkey, unsupported, with a small trailer.

Yet his roots have remained in the Peak District where he has lived for most of his adult life in the Hope Valley.

Si worked as a graphic designer for over 35 years, specialising in outdoor organisations and helping to build many well-known UK brands, including businesses such as Rab and Lowe Alpine and environmentally-based organisations such as National Parks and The National Trust.

He started his career training as a doctor before launching one of the UK’s first pioneering green businesses, the Futon Workshop, in Sheffield. A series of Futon Shops followed during the 1980s.

Si also founded various design and marketing agencies in the centre of Sheffield - Diagram, Vivid Creative and Hammer Design. Fuelling his passion for the outdoors, they undertook contracts of all scales, pioneering design software, website design and graphic design to print on the Apple platform.

A motorcycle accident in 2012 saw Si rebuilding his life from the bottom up. He says: “I was grateful to be alive. I experienced a personality change as a result of a percussive head injury and my injuries included hundreds of fractured bones.

"But I found a renewed determination to find personal growth and an understanding of our whole wellbeing. I planned a rehabilitation that entailed running 3,500 miles to Turkey."

After returning to the UK, Si spent time looking after his parents before retraining as an artist. He recalls: "I revisited my core passion of design to deliver a small start-up business, Peak District Design, which featured and showcased the benefits of living and working in my beloved Peak District.

"PDD has now spread its wings into other loved areas of other national parks as Park Designs." 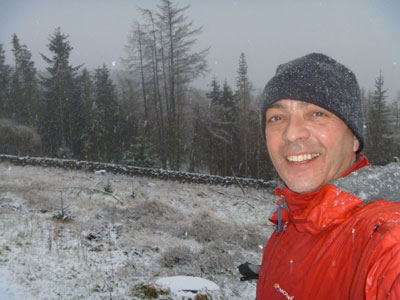 He adds: "I have always been a runner in the Peak District but my only rule now - at the age of 58 - is to stop and take a look at the beauty and detail of nature around me. If it merits a photograph, I will always stop a run to take it.

"I have photographed nearly every village, feature and attraction in the National Park. I have climbed on every crag and probably walked nearly every footpath. I’m a restless soul!"

Among his wider work, Si has produced and photographed a successful walking guide, Tom's Golden Miles, with Accessible Derbyshire co-founder Gillian Scotford. The guide is a celebration of her son Tom’s life, a signposted walk around the Peak District.

Over the years, Si has also produced award winning guides and maps. He has produced a great amount of signage and interpretation panels for the High Peak and most recently produced an Accessibility guide - Miles without Stiles - as a PDNPA collaboration.

His other great pride is his son, Max. "He has already outgrown me as a qualified doctor," smiles Si.

Other significant national projects: Living Art - Symphony for the mountains - A picture of Britain.