Bob Somerset lives near Niagara Falls, in St. Catharines, Ontario, Canada. As a former resident of the National Park, he was pleased to discover the spring/summer edition of ParkLife magazine [issue 30] online during lockdown, in May 2020. He was particularly taken with the back cover which featured the view from Curbar Edge looking down over Curbar village and the Derwent Valley. He was born at Nether End, Baslow, in 1943, in the thatched cottage on the path to Chatsworth. His aunt lived there at the time. He grew up in Curbar. 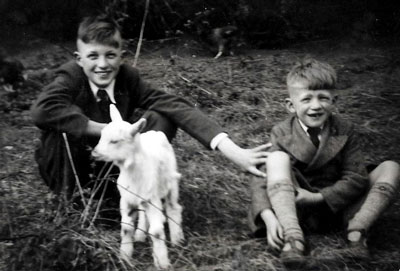 Bob enjoyed a childhood of playing on the moors, family picnics and walks along the pipe track. As he grew older he would join in with potato ‘tattie’ picking and helping with hay making. One of his earliest memories is of the big snow fall in 1947. He remembers an old bulldozer clearing the road through Curbar and his father having to go and help clear the Froggatt Edge road to Sheffield.

Attending Leeds University, from 1962 to 1965, Bob travelled home at weekends, as student accommodation was scarce then. He graduated as a civil engineer and worked across the UK and further afield. His mother and youngest brother remained in the family home in Calver for many years, while Bob moved to Canada with his young family in 1973. He also lived in Indonesia. 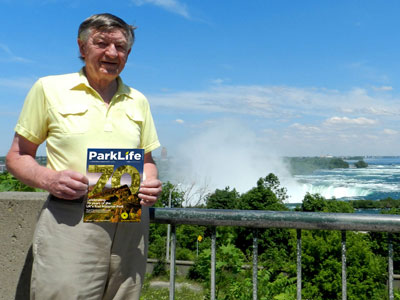 Over the years, Bob has usually managed to make an annual trip to the UK including a reunion lunch with family at the Derwentwater Arms in Calver, followed by a walk on Curbar Edge. Sadly the pandemic prevented that in 2020, but we hope he can make the home-coming journey again soon.

Bob says: "The Peak District was a wonderful place to grow up in and I have many happy memories of the beautiful scenery and the friendly atmosphere of village life in Curbar and Calver. It has strong ties for me and has always pulled me back to visit throughout my adult life. That’s why I was so pleased to see the picture of the view from Curbar Edge on the back cover of ParkLife [issue 30] - it’s a very significant place to me and my family - especially since we weren't able to visit in 2020 due to the pandemic."

It might surprise people to learn that the Eastern Moors were used as a military training ground during World War 2. Growing up after the war, Bob would play on the moors with his three brothers and friends and they would look for military relics. They found the remains of a mortar bomb, luckily it wasn’t live. They also found a US army helmet on White Edge and four baseball bats by a large rock just above the Intake.

When asked if he were telling a friend in Canada to visit the Peak District, what would he say to them? Bob replied that he has done this. In 2019, several of his friends from Canada were visiting the Peak District and staying with Friendship Force members mainly around Matlock and the Winster area. Bob gave them a presentation before they went with advice and photos including Bakewell, Chatsworth, the Wye valley, Dovedale, Buxton and of course Curbar Gap. They returned very impressed and satisfied with their visit.