Retired army officer of 25 years, Tomo Thompson has a background in change, risk and project management and is a lifelong advocate of the outdoor environment for experiential learning, and physical and mental well-being. In 2018, he became the chief executive of Friends of the Peak District, CPRE Peak District & South Yorkshire.

Having spent over thirty years being active in the mountains of the UK and further afield, Tomo is passionate about introducing people of all ages to the mental and physical wellbeing benefits of being outdoors, through expedition leadership and outdoor pursuits instruction. He spent fifteen years on the committee of the Army Mountaineering Association, is a Trustee of the Peak District based charity ‘Challenge Cancer Through Adventure’, and has a broad range of active interests in the outdoor community.

Tomo believes that the origins of the first national park are umbilically linked to the people that fought bureaucracy and opinion in their work to establish national parks for the population. The founders of the CPRE Peak District & South Yorkshire were pivotal in that work. The work that Ethel Haythornthwaite started in 1924, which led in part to the founding of the Peak District National Park, the first Green Belt in England, and the protection of significant swathes of South Yorkshire and the Peak District, is work that has lost none of its importance and urgency. 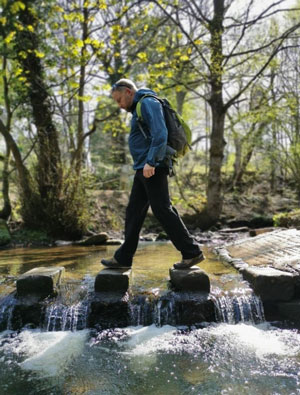 He says: "The 70th anniversary is an opportunity to remember those endeavours, but also to realise that the reasons that the national parks were created remain vitally important today, and we must all do our part to continue the focus and efforts of those that came before us.

"The National Park is hugely important for the populations that both live and work in it and around its margins. It is at the forefront of the interface between ‘humans’ and ‘nature’, and is a place that really must be appropriately supported by users and Government, such is its importance to literally millions of people. On a personal level I walk, climb, run and cycle in the Park several times a week – it is my gym, my breathing space, and the place where I sit with a flask of coffee and watch the sunset over the gritstone edges."